Mere Humnasheen is a new drama serial on Geo TV starting on 6 May 2022. This drama presents the story of a Pashtoon family, in this article, you will get mere Humnasheen drama Cast, Start Date, Schedule, Promo, Story, Timing, director, producer, writer, ost, and lyrics

Meray Humnasheen is a Pakistani drama serial based on Pashtoon Family the battle between ambitious dreams, hopes, and the desire for power is well shown.

A well-educated young woman named Khajista is from a traditional and conservative family in the mountains. Her desire to become a doctor derives from the loss of her mother at a young age, her desire to help others. Khajista is full of aspirations and visions for the future of healthcare. While Khajista’s cousin, Darakhzai, is a hot-headed and egotistical guy who is anxious about Khajista’s higher education, he wants to keep her under his control.

Hadi, who comes from a well-to-do family, is in his last year of medical school. However, Khajista and Hadi’s initial encounter at the same university leaves them with confused sentiments about one other.

Drama has perfectly described the Narrow mind of Pashtoon Drama has the taste of romance and love  many people from across the globe are watching this drama and we hope after reading this article you will also watch this drama. 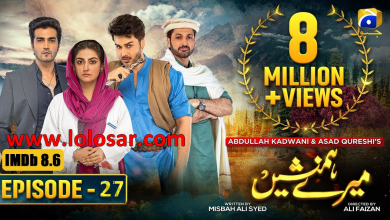