The story of Pinjra explores sibling rivalry as well as mistrust between parents and children. The eldest son of the family is always appreciated and encouraged by his father. While the youngest one is always scolded for his mistakes. The rude behavior of the Father makes the youngest son more aggressive day by day.

A mother has the best intentions she wants her children to succeed in life, but she fails to recognize their individuality. Javed Rehman is a dedicated father and husband who manages a global corporation. He is also quite protective of his three young children.

Based on a family story, Pinjra illustrates how time differences in cultural values can change one’s feelings towards one’s children from healthy to suffocating in no time at all.

Pinjra, A Gripping and Thrilling New Drama Is All Set to Make Its Way to Your Television Screens. Watch the Drama serial Pinjra every Thursday at 8:00 PM on Ary Digital. 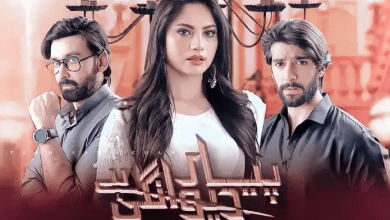